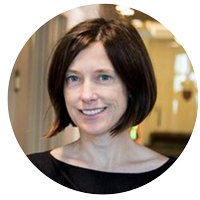 Biography: Dr. Jenny Bergeron is the Director of Educational Research & Evaluation at Harvard’s Derek Bok Centre for Teaching and Learning, where she oversees evaluation and research of Harvard’s leading educational initiatives. Dr. Bergeron is a specialist in assessment and evaluation with over 10 years of experience working in Higher Education. She is also a trained psychometrician with a research focus in educational psychology. Dr. Jenny Bergeron helps Harvard faculty redefine how they teach and discover what and how students learn from the use of new technologies and instructional approaches being developed at the Bok Center and by faculty on the Harvard campus. Her efforts have helped the University in transforming its undergraduate general education curriculum, the redesign of new educational spaces and the development of innovative pedagogical approaches that meet the diversity in learning needs of Harvard undergraduates. Before coming to Harvard, she served as a leader in assessment and evaluation at Stanford University. 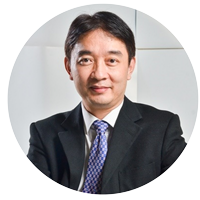 Chair Professor of the Graduate Institute of Digital Learning and Education and Dean of the College of Liberal Arts and Social Sciences, National Taiwan University of Science

Biography: Professor Gwo-Jen Hwang is Chair Professor of the Graduate Institute of Digital Learning and Education and Dean of the College of Liberal Arts and Social Sciences, National Taiwan University of Science. He received his Ph.D. degree in Computer Science and Information Engineering from the National Chiao Tung University in Taiwan in 1991. His expertise lies in mobile and ubiquitous learning, flipped learning, digital game-based learning, adaptive learning and artificial intelligence in education. Professor Hwang serves as an editorial board member and a reviewer for more than 30 academic journals on educational technology and e-learning. He is also the Editor-in-Chief of the International Journal of Mobile Learning and Organisation, and the Journal of Computers in Education and an Associate Editor of IEEE Transactions on Learning Technology. Owing to the reputation in academic research and innovative inventions in e-learning, he received the annual most Outstanding Researcher Award from the National Science Council of Taiwan in the years of 2007, 2010 and 2013. Moreover, in 2016, he was announced by Times Higher Education as being the most prolific and cited researcher in the world in the field of social sciences with over 550 published academic papers including more than 130 papers published in SSCI journals. 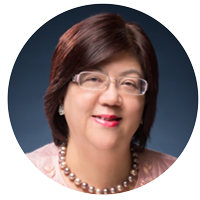 Biography: Dr. Eva Wong was educated in the United Kingdom, received her first degree in Electrical & Electronic Engineering from University College London, and a Ph.D. in Information Systems from the University of Abertay Dundee. She has worked in a number of tertiary institutions in the United Kingdom and Hong Kong in the past 35 years. Eva joined HKBU in 2010 as Director of the CHTL to focus on enhancing student learning through professional development of frontline teachers. In 2018, her contributions to teaching and learning were recognised by being honoured as a Principal Fellow of the Higher Education Academy in the UK. Eva’s current interests and expertise are in the enhancement of student learning through the use of engaging and learner-centred pedagogies leveraged on e-learning, in which area she has presented to local and overseas conferences and published in journals. 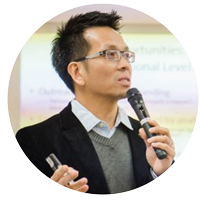 Department of Electrical and Electronic Engineering

The University of Hong Kong

Biography: Prof. Kwok (Ricky) received a B.Sc. degree in Computer Engineering from the University of Hong Kong in 1991, and the M.Phil. and Ph.D. degrees, both in Computer Science, from the Hong Kong University of Science and Technology (HKUST) in 1994 and 1997, respectively.  Ricky’s research focus has been on designing efficient communication protocols and robust resources management algorithms toward enabling large scale distributed mobile computing. In these research areas, he has authored one textbook, co-authored another two textbooks, and published more than 200 technical papers in various leading journals, research books, and refereed international conference proceedings. He is a Senior member of the Association for Computing Machinery (ACM). Ricky is a Fellow of the HKIE, the IEEE, and the IET. He is also a member of the IEEE Computer Society and the IEEE Communications Society. From March 2006 to December 2011, Ricky served on the Editorial Board of the Journal of Parallel and Distributed Computing as a Subject Area Editor in Peer-to-Peer Computing. He also served as an Associate Editor for the IEEE Transactions on Parallel and Distributed Systems from January 2013 to December 2016.  Ricky has been actively involved in various administrative tasks at the departmental, school, and university levels. He served as the Co-Director of the Computer Engineering Programme from 2000 to 2002. He then served as the Programme Director of the Master of Science in Electrical and Electronic Engineering programme from 2002 to 2007. Since 2002, he has also been serving as the Associate Programme Director of the Master of Science in Electronic Commerce and Internet Computing programme. He was the Director of the High Performance Computing Laboratory from 2000 to 2007. He was also elected to serve on the Head’s Advisory Committee (HAC) from 2000 to 2007. During 2010 to 2014, Ricky was the Chairman of the Departmental Curriculum Review and Development Committee (DCRDC), managing curriculum reform for smooth transition to four-year degree programmes. From 2012 to 2014, he was the Deputy Head of the Department, overseeing resources management issues. He also served as an Associate Dean of Engineering, looking after special projects and other new initiatives, from April 2015 to September 2015. From January 2015 to December 2019, Ricky served as the Associate Vice-President (Teaching and Learning), assisting the Vice-President and Pro-Vice-Chancellor (Teaching and Learning) in various technology-enriched learning initiatives (contents: MOOCs, blended courses; systems: educational games/apps, learning platforms; research: learning analytics, learning designs; partnership events: Asian e-Table symposium, flipped classroom symposium). Some of these initiatives were funded by the Hong Kong Jockey Club Charities Trust (Smart Family-Link i-Connect System/Apps, Technology-Enriched Social Service Programs) and the UGC (SPOCs, General Education Blended-Courses Sharing). 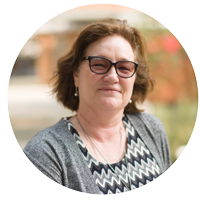 Biography:  Having worked as an academic for almost 20 years, Dr Armatas brings a wealth of experience and expertise in curriculum design, assessment and evaluation to her role as Associate Director, Educational Development. She gained her PhD from the University of Melbourne in Australia and her training as a psychologist has equipped her with skills in research design and analysis that complement her experience as a teacher, researcher and project manager. Dr Armatas has held academic positions at several Australian universities, where she had teaching and research responsibilities, including subject and course co-ordination. As an academic, she has also been a member of committees at the school, faculty and university level, including chairing curriculum and ethics committees.  She has worked on curriculum and e-learning projects of varying sizes, providing leadership and expertise in project management. These projects include the award winning 3C Project at The Hong Kong Polytechnic University (http://www.3c.edc.polyu.edu.hk) and the Interprofessional Education Project (http://www.vu.edu.au/interprofessional-education-program-ipep) at Victoria University in Australia. She is currently leading a UGC funded, inter-institutional project using a data-driven approach to review the new 4-year curriculum. Her research interests are reflected in her publications, which include papers published in conference proceedings, books and peer-reviewed journals. Amongst these publications are papers on the use of technology to enhance teaching and learning, curriculum innovations targeting development of students’ employability skills, and reports on evaluation findings from projects on which she has worked.